4-H Zimbabwe Foundation to establish an awards fete to honor women in Agriculture. 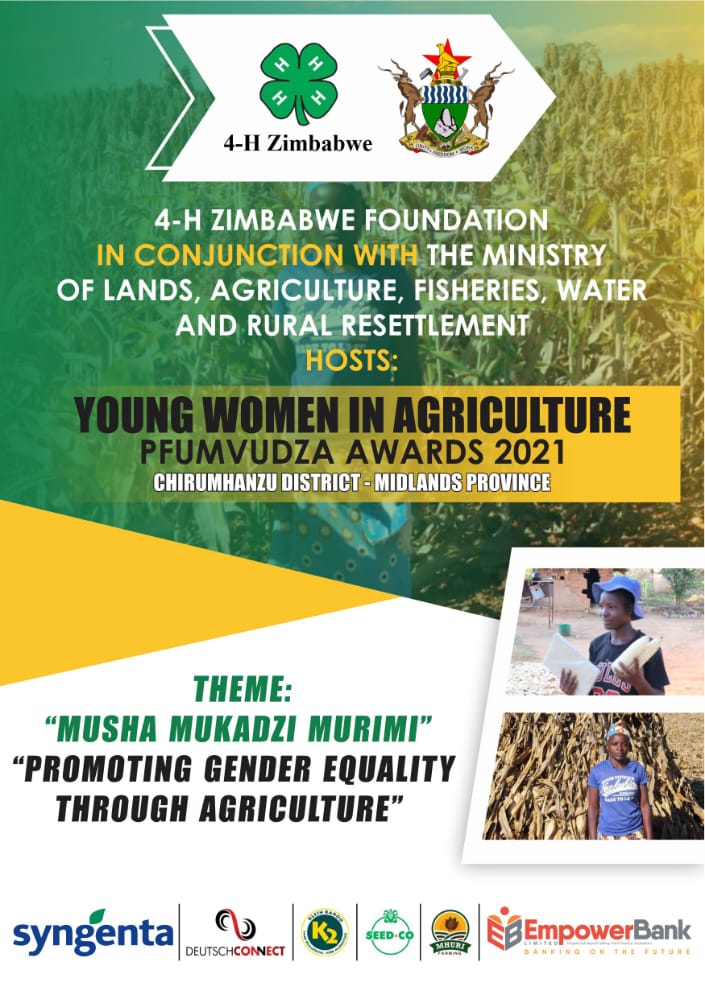 4-H Zimbabwe Foundation is in the process of establishing an awards fete set to honour women in agriculture particularly those farming under the Intwasa/ Pfumvudza concept commonly known as conservation agriculture.

The awards have been named 4-H Zimbabwe Foundation 2020 Rural Young Women in Agriculture Recognition Awards and are at an advanced stage. Last year, the organisation awarded young entrepreneurs in the agriculture sector to boost confidence in their sustainability.

The organisation’s Programs Officer Miss Ruth Chomola said they have embarked on women in agriculture mentorship programmes including recognition of the best young women who did well in farming this season under Intwasa/Pfumvudza concept.

“We have chosen to work with the women since they constitute over 70% of the rural farmers and as an organisation we value the role women play in ensuring food security in the country. Females, especially the youth tend to be neglected on most of the programmes and we have tailored our programmes to ensure that we prioritise them since they are always disadvantage.

“The main purpose of this initiative is to capacitate young female farmers on climate change, health and nutrition based farming and encourage other women to participate in livelihoods projects which sustain their lives through recognition and awards,” she added.